This is an Advertisement 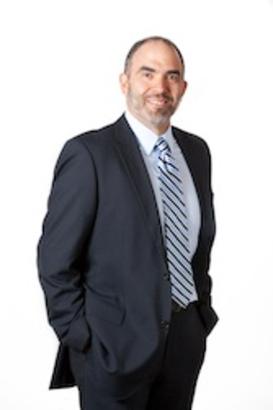 David Jaramillo was born and raised on the west side of Albuquerque. After graduating from West Mesa High School in 1987, David became the first member of his family to attend college. He attended St. John’s College in Santa Fe New Mexico and graduated with a Bachelors of Arts in Classics in 1991. David attended and graduated from the University of New Mexico Law School, where he served as an Editor on the Law Review, a member of the National Moot Court, and where he received the A.H. McLeod Prize for Advocacy. Following graduation from UNM Law School, David clerked for the Honorable Harris L Hartz on the New Mexico Court of Appeals. David then spent the early part of his legal career working as a defense lawyer representing hospitals, doctors, and insurance companies in personal-injury/wrongful-death litigation. Since, 2000, David has exclusively dedicated his practice to representing plaintiffs and their families in claims involving wrongful-death and serious-injury related to medical malpractice, defective products, trucking company negligence and other negligence and wrongful conduct. David has tried cases in courts across the State and has handled appeals before both the New Mexico Court of Appeals and Supreme Court. Additionally, David has served as an Adjunct Professor for UNM Law School’s National Moot Court Team. David is a Past President of the New Mexico Trial Lawyers Association, a former member of the NMTLA and NMTLA Board, served on the Board of Governor’s for the American Association for Justice for 10 years, and is an elected member of the American Law Institute. He holds an AV rating from the esteemed Martindale-Hubbell® Peer Review Ratings™..

Send Us an Email